Joseph Meegar's powers created uncontrollable power surges when he got stressed or angry. 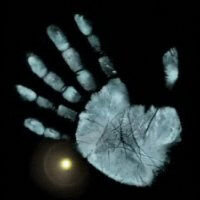 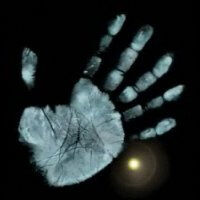 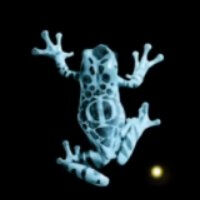 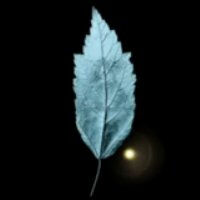 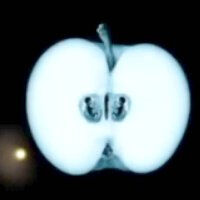 The Observer exits the elevator seconds before it crashes.

There is a flyer on a pole outside of the cafe where the Observer is eating in 'The Arrival' that says "UNLOCK YOUR HIDDEN POTENTIAL", which is the slogan on the ad that Joseph Meegar responds to in 'Power Hungry'.

In 'Power Hungry' there is a coffee mug with an INtREPUS logo on it next to the news report playing at BiCoastal Parcel Service. INtREPUS gets investigated in 'The Cure'.

At 10:17 a.m., a massive power surge struck a downtown high-rise in Worcester, Massachusetts. As a result, an elevator on the twenty-sixth floor plummeted straight to the basement. The elevator didn't fall, but drove itself into the ground, and the eight passengers died by the time they hit the ground. Technicians determined the brake shoes melted, but the motor kept going, and the security cameras did not work. Agent Broyles connected the case to one similar nine months prior in Tokyo, where a MagLev train plowed through a station caused by a power surge of unknkown origin. Intelligence chatter speculated that it might be a demonstration of a new weapon technology.
Dr. Bishop determined that a person in the elevator was the most likely conductor of such a large amount of electrical current, inducing electrodynamic levitation he or she was not able to control. Fringe agents monitored small electrical flare-ups in the area and found anomalies clustered around the outlying parts of Worcester that tied to suspect Joseph Meegar. Dr. Bishop used pigeons, which contain traces of magnetite in their beaks, to seek Meegar's electrical signature found on a music cassette in Meegar's home. Agents found Meegar in the covert lab of Dr. Jacob Fischer, who activated Meegar. Dr. Fischer was wanted in four states and three counties for illegal human experimentation. Seven of his human experiments were located and treated along with Meegar.


Walter drank tea and fresh cow's milk and had a craving for squab in his lab notes.

Miller/Munger/What's-his-name's extraordinary neural pathways must sustain a Na/K ionic transport system far stronger than that of a normal human. I cannot help but wonder if the man understands how special he has become. Does he reject his newfound power as alien? Or does he heed the words of my poetic namesake and embrace it as part of his being:

I sing the body electric,
The armies of those I love engirth me and I engirth them,
They will not let me off till I go with them, respond to them,
And discorrupt them, and charge them full with the charge of the soul.

"Charge" them, indeed! How fitting that the other Walter also meditated upon avian migratory patterns:

Did you ever chance to hear the midnight flight of birds passing through the air and darkness overhead, in countless armies, changing their early or late summer habitat? It is something not to be forgotten.

But there is always something forgotten. We all step willingly into the River Lethe, when memory is a burden and forgetfulness a blessing. What I would give to forget those endless Wednesdays, when the quacks at St. Claire's would force us to make pasta collages. I told them I could design a revolutionary low-flow toilet if only I had penne, but the bastards would give me only elbow macaronis and shells! So many memories left behind in that mirthless place... and so many taken. My visitor was a hungry kingfisher, diving and plucking thoughts from the sea of my mind.

Speaking of hunger, I have an enexplicable craving for squab.

But I digress. Now we shall make the birds themselves forget -- realign the magnetite in their beaks -- reprogram their cryptochrome compasses -- reset their perception of magnetic north. Make the flock our lodestone, no meager trick! From Paumanok starting I fly like a bird. If only these creatures would point their beaks to my forgotten place, the last hidey-hole. Would they fly in a golden spiral?

WALTER: "The brain is a mystery... but I believe, when you were in the tank, John Scott... that part of his consciousness crossed over into yours - and it's still there. His memories, experiences, thoughts. You understand me, yes?"
OLIVIA: "These aren't memories. He appears right in front of me... he talks to me."
WALTER: "Yes, he would, like a waking dream, because he doesn't belong there. There's only room for one voice in your head, not two. This is your brain's way of working it out. Your mind is expelling him, exorcising his thoughts."
OLIVIA: "He'll go away... is that what you're saying?"
WALTER: "I don't know. Do you really want him to?"