This episode's cold open featured the birth of a child who aged rapidly. The main villain, also prone to rapid aging, was the son of Dr. Penrose who tried to help his son remain young. 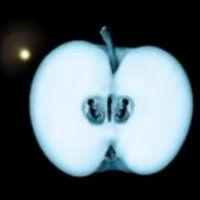 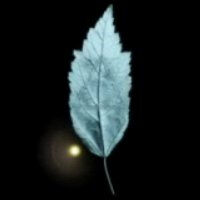 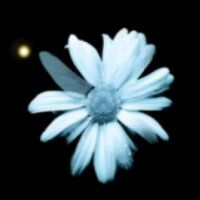 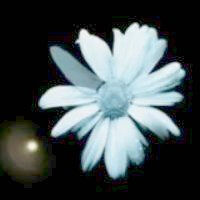 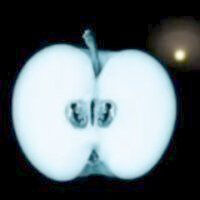 The Observer stands at the hospital desk where the newborn man lies dead.

The pen and the rose pictured on the newspaper stand outside of Massive Dynamic in 'Pilot' represent the villains of 'The Same old Story', Claus and Christopher Penrose.

A street sign outside of the Massive Dynamic building in 'The Same Old Story' has a sticker placed over it that reads "Voces Video." This translates to "I see voices" in Latin, the problem that affects Roy in 'The Ghost Network'.

Loraine Daisy Alcott arrived at Wallace Bromley Medical Center in labor, where she gave birth to a son and immediately died. Agents discovered that Alcott had an abnormally accelerated surprise pregnancy, giving birth within hours of conception. In the hospital, her child aged from newborn to approximately eighty years old in the span of thirty minutes. Agent Dunham followed a tip to the Scarlet Red Motel to find where Alcott originated. There, Agent Dunham recognized the leftover evidence in the room as matching that of a serial killer working in New Jersey and New York.
FBI consultant Dr. Walter Bishop determined the pregnancy was likely from hyperaccelerated pituitary gland growth, and he suggested that Boston College professor Dr. Claus Penrose, who was a scientist once in government employ with Dr. Bishop, would have more information. Dr. Bishop and his son (and fellow FBI consultant) Peter Bishop used laser optic equipment on a Jane Doe victim's postmortem retina to ascertain images of Dr. Penrose and his "son," Christopher Penrose, preparing a victim for pituitary extraction in a makeshift operating room near Sergeant Bridge. Agent Dunham and Peter Bishop were able to save another female victim at Stoughton warehouse. Before dying, Christopher Penrose admitted to Agent Dunham that he was one of Dr. Penrose's paid-for experiments, kept alive because his "father" loved him. Dr. Penrose escaped with a gunshot injury; he is still at large.

The regulation of celermitosis, which despite Mr. Nixon's fervent support I could never perfect, must finally have been cracked by modern techniques. Exactly how remains a mystery, though the transmission of rapid growth from parent to child suggests the answer is genetic. Perhaps retroviral therapy was employed to manipulate the genome directly. Yet I cannot rule out epigenetic inheritance, via methylation of growth-regulating gene complexes.

Regardless of mechanism, it appears the interval from conception to senescence may be shrinking. But then, isn't that the very point? Of course! Army Intelligence -- whose symbol is the Hellenic Sphinx -- aimed to make the monster's famed riddle literally true: "What animal is that which in the morning goes on four feet, at noon on two, and in the evening upon three?" Bullfinch, you rascal -- you had the timing right.

The suspect's chronological and biological ages would sharply diverge. He might have passed only twelve years since his birth, yet appear in his thirties or even older. His own parents -- supposing he has them -- must have lamented the abrupt passage of his childhood. Just as I have. The better part of two decades, gone in the blink of an eye, and all at once the sullen chubby child is a sullen grown man.

An instant, and yet an eternity. Precise reasoning was unthinkable in that awkward space, that squalid square cell I was forced to imagine rectangular. The grilled cheese sandwiches were also squares -- not rectangles -- nor even triangles -- nor even separated from their crusts despite my repeated admonitions. Even partitioning the floor with tape, and removing my Spartan furniture from the offending floor space, failed to restore clarity. The orderlies never understood. My son doesn't either -- but at least he successfully reanimated the old Vista Cruiser. If he hadn't, I might not have stumbled upon the master list in the glove compartment.

Like Oedipus, we have answered the Sphinxian riddle, yet still we lack wisdom. Oedipus gained insight by plucking his eyes from their orbits, but hopefully we can gain the vision we seek from the eyes of our very own blind Tiresias. The poor girl may help others avoid her fate.

Each infinitesimal cross-section of the optic nerve will contain remnants of the victim's final images. The photon impulses will enter through the front of the eyeball, traverse the length of the optic nerve and then bounce back, retrieving the fragments which we will then piece together. Of course, each cross-section corresponds to a slightly different moment in time and thus the...

DR. PENROSE: "No one in power should ever learn what [Walter] knows."

BROYLES on 'The Pattern': "A series of events has occurred, continues to occur, that has us and other agencies on alert. These events appear to be scientific in nature and suggest a larger strategy, a coordinated effort. It's been referred to as 'The Pattern.'"

WALTER: "It's one of the inherent pitfalls of being a scientist. Trying to maintain that distinction between God's domain and our own. Sometimes I forget, myself."

S5E04 - The Bullet that Saved the World